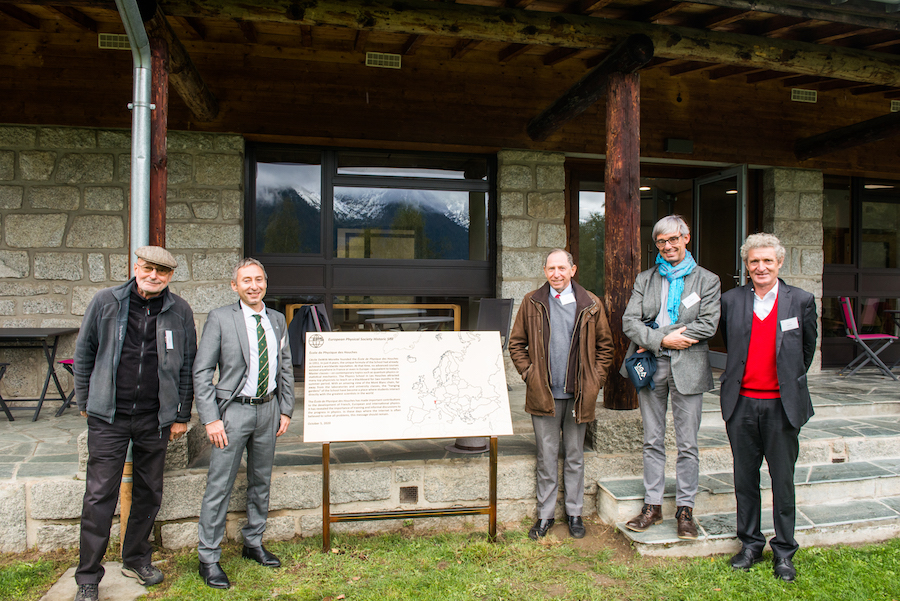 A young French mathematical physicist, Cécile DeWitt-Morette, founded the Les Houches School of Physics in 1951. In less than 4 years, the unique formula of the School had already achieved a worldwide reputation. At that time there were no advanced courses, equivalent to today’s Master classes, on contemporary topics such as quantum physics or statistical mechanics anywhere in France or even in Europe. Brilliant physicists were mostly in the US, among whom were many European physicists that had moved to the US after the war, including Cécile DeWitt herself. France and Europe were lagging seriously behind in the teaching and practice of modern physics. The Physics School in Les Houches attracted many top physicists to teach on a blackboard for two months in the summer period. The formula was unique, simple and efficient. With an amazing view on the Mont Blanc mountain range, far away from the laboratories and university classes, the “hanging gardens” of the Les Houches School became a place where students could interact directly with Wolfgang Pauli, Enrico Fermi, Richard Feynman, Julian Schwinger, Alfred Kastler, Nicolaas Bloembergen, Kip Thorne, Claude Cohen-Tannoudji and many others over a cup of coffee. Léon van Hove, future CERN Director, actually held the first class, on quantum mechanics, in 1951. Today, 51 Nobel laureates and Fields medal winners have been teaching in Les Houches.